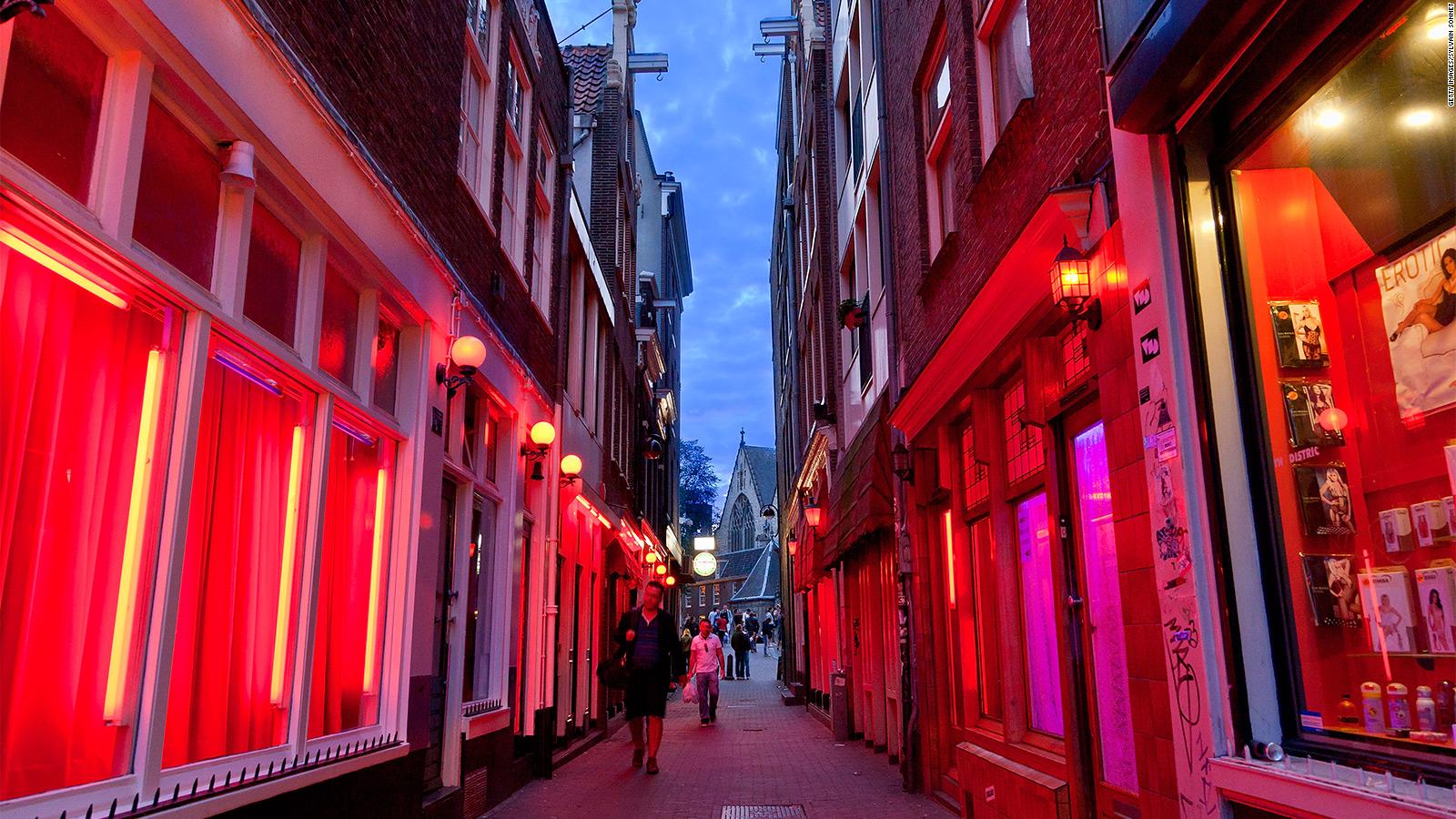 AMSTERDAM, Netherlands. Life is slowly returning to the streets of Amsterdam. Well almost! The city’s famous Red Light District, is deserted. On a Saturday night, only a few neon signs still shine in the empty narrow streets, usually crowded with tourists .

The lockdown has resulted in prostitution being criminalised for the first time in the Netherlands since the early 19th century. Sex workers face heavy fines and a criminal record for breaching the rules. They say the ban has put their lives at risk.

We meet Stella in front of the city’s town hall where several sex workers are taking part in a demonstration.

Stella says: “I’m here because I want to open the red light [district]. I want to work, and I want to do it legally and safely. Because sex workers matter as well. We are also human. Just like you.”

Stella works in one of Amsterdam’s famous window brothels. She agrees to take us to her place of work. Like a minority of registered sex workers, she gets a monthly coronavirus lockdown allowance of about 1000 euros. She says that’s not enough to cover her taxes, health insurance and bills. All the more that landlords demand higher rent for sex workers.

“My rent is €1500 you know, for a studio! Now because of this situation I’m living with somebody else in my house just to share the rent, just to be able to survive, without doing something bad. The government doesn’t see something really important about keeping the windows closed – that it will push much more girls to work illegally. You know if they keep the windows closed, I will probably find a way also to make it illegal. I don’t want to, but they make me to!”

“She took the money…and just ran off”

Intrigued by Stella’s presence, a bypasser and a regular user of the city’s window brothels approaches her, to know if she’s working despite the lockdown. He admits to having broken the rules recently, soliciting a prostitute who was working illegally in a hotel.

“As soon as I got to the room, she took the money, and she said she needed to take a phone call and get outside the room; and she just ran off,” he said, adding: “If it’s somebody in the windows, you know they have that alarm button they can push if there’s any trouble. So you know everything’s above board and safe. And there’s certain hygiene rules they have to keep to. They’ll actually get thrown out of their rooms if they don’t use condoms and keep everything very safe and hygienic.”

Legal in the Netherlands, the sex work industry is one of the most organised and regulated in Europe. Highly taxed, it officially contributes to the country’s GDP. Despite that, the criteria for sex workers and brothel operators to obtain state aid throughout the coronavirus lockdown has proved restrictive.

Brothel operators in the red light district have covered their windows with protest posters.

Jon Broers has been in the business for half a century. He’s proud of the workspace he rents to his regular sex workers. He also rents out accommodation to them. Most are from Eastern Europe, and have left the country during the pandemic. As a result, Jan has been left with no revenue for three and a half months.

“If an outbreak is renewed, there is a possibility that we stay closed longer. The lockdown is at the moment a thing for the government to keep us closed a long time. – because now they want to get rid of the prostitution! They want to get rid of us, they think you get broke and then they can shift you away easily!” he says.

The lockdown has plunged a lot of sex workers into poverty. Many are not entitled to state support. Those who are, can no longer cover their costs. Scarlett Cord is one of the charities now handing out essential basic items and food vouchers every week.

Samantha has worked in the Red Light District for 20 years. She’s angry that all other contact professions, like hairdressers or massage parlours have been given the green light to resume work in june, but not hers. Now things are getting out of hand she says.

“I know that Amsterdam is a very nice place, but people, tourists, they always come to see us. You have to admit that. It doesn’t seem fair to us that everyone is already working and earning their money, and not us. And I just found out, from friends working in hotels, that now there are women who come here for a week, two weeks, and leave. While we pay a lot of taxes here! And others are coming to make free and easy money! We demand that they let us work right now!” Samantha says.

“We’re an important part of society! Take us seriously!”

We end our journey in one of Amsterdam’s lively market squares. This is where Irina works, once a week. Her bakery stand is well known to customers. But only Irina’s colleagues at the market know what else she does for a living, when she is not working here. For the first time, she agrees to let the wider public know on camera, that she has two very different jobs. She says it’s her way of fighting stigmatisation.

Irina lets us into her home and her other world. Irina is a sex worker. With a social dimension, she says. Throughout the lockdown she has kept in touch with her regular clients, providing safe sex online only – as well as comforting sessions. She calls one of them in front of our camera, for a chat.

“I’m glad I can chat with you now and then. Because you’re the only one I have, and the only one I can call, and I can talk very well about things with you. You also helped me.” he tells Irina. “That’s what we’re here for”, she answers, warmly.

The extended ban on sex work until September made no sense and is unsustainable, in the eyes of Irina.

“We’re providing a service that a large part of the male population of the Netherlands makes use of. And as you’ve seen with one of my customers, he really needs and he values the contact that we have. And it’s not just about sex, it’s way more… So, yeah, we’re an important part of society! Take us seriously! Do something, and help us!”she insists.

A plea that’s finally been heeded: just as our report went to air, the Dutch government lifted its ban on sex work from July 1st.