USA: Ghislaine Maxwell, accused in Jeffrey Epstein case, was arrested by the FBI 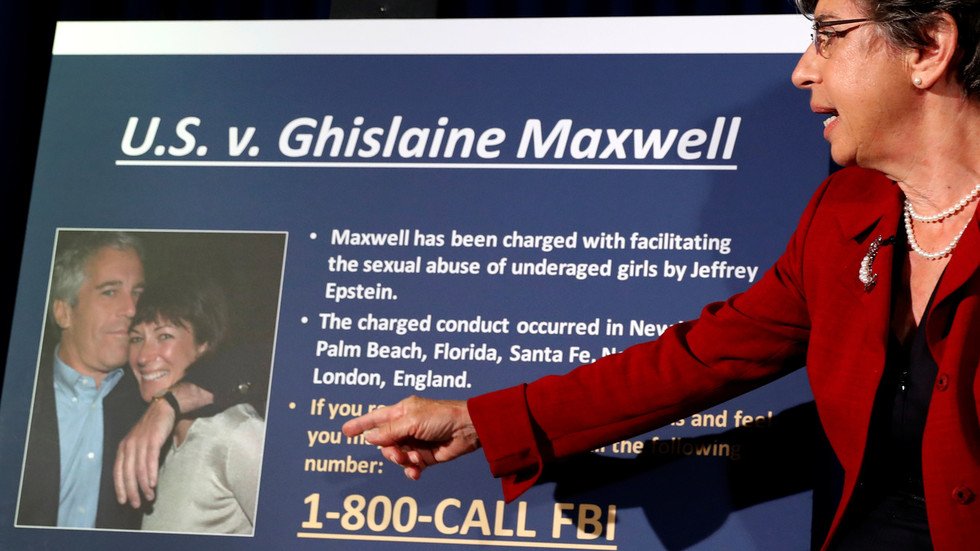 NEW HAMPSHIRE, USA. Ghislaine Maxwell, the infamous socialite linked to sex offender Jeffrey Epstein, has been detained by the FBI.

She was arrested in New Hampshire, in the US, according to law enforcement sources that spoke with the media. She is expected to appear in the federal court later today on charges related to her dealings with the disgraced financier. Epstein was found dead in an apparent suicide while awaiting trial on sex-trafficking charges.

Maxwell’s arrest was confirmed by the FBI shortly after media outlets reported on the story, citing law enforcement sources.

Maxwell allegedly groomed the teenage girls who were sexually abused by Epstein and others. She has remained largely out of the public eye since August, after Epstein allegedly killed himself in prison. He had been arrested a month earlier on federal charges related to the exploitation of underage girls.

British socialite Ghislaine Maxwell, an ex-girlfriend of convicted paedophile Jeffrey Epstein, has been charged in the US after being arrested by the FBI.

She is accused of assisting Epstein’s abuse of minors by helping to recruit and groom victims known to be underage.

After being arrested in New Hampshire, she was brought to court and remanded in custody, for transfer to New York.

Ms Maxwell, 58, has previously denied any involvement in or knowledge of Epstein’s alleged sexual misconduct.

Epstein died in prison on 10 August as he awaited, without the chance of bail, his trial on sex trafficking charges.

He was arrested last year in New York following allegations that he was running a network of underage girls – some as young as 14 – for sex. His death was determined to be suicide.

Prosecutors allege that between 1994 and 1997 Ms Maxwell helped Epstein groom girls as young as 14.

The charges say she would build a rapport with them – including by taking them shopping or to the movies – and would later coax them into giving Epstein massages during which they were sexually abused.

“Maxwell played a critical role in helping Epstein to identify, befriend and groom minor victims for abuse,” said Audrey Strauss, acting US attorney for the southern district of New York.

Five of the six charges brought against her each carry a sentence of five years with the sixth – transporting a minor with intent to engage in criminal sexual activity – punishable by up to 10 years in prison.

What is the detail of the charges?

Four of the charges relate to the years 1994-97 when Ms Maxwell was, according to the indictment, among Epstein’s closest associates and also in an “intimate relationship” with him. The other two charges are allegations of perjury in 2016.

The indictment says Ms Maxwell “assisted, facilitated, and contributed to Jeffrey Epstein’s abuse of minor girls by, among other things, helping Epstein to recruit, groom and ultimately abuse victims known to Maxwell and Epstein to be under the age of 18”.

Specifically, she is charged with:

She is accused of grooming multiple minor girls to engage in sex acts with Epstein. She allegedly attempted to befriend them by asking about their lives and families and then she and Epstein built the friendships by taking minor victims to the cinema or shopping.

“Maxwell and Epstein worked together to entice these minor victims to travel to Epstein’s residences – his residence in New York City on the Upper East Side, as well as Palm Beach, Florida, and Santa Fe, New Mexico,” Ms Strauss told reporters.

“Some of the acts of abuse also took place in Maxwell’s residence in London, England.”

The perjury counts relate to depositions she gave to a New York court on 22 April and 22 July 2016. The charge sheet says she “repeatedly lied when questioned about her conduct, including in relation to some of the minor victims”.

“Maxwell lied because the truth, as alleged, was almost unspeakable,” said Ms Strauss.

What is the background?

Allegations against Epstein had dated back years before the parents of a 14-year-old girl said he had molested her in 2005. Under a legal deal, he avoided federal charges and since 2008 was listed as level three on the New York sex offenders register.

But he was arrested again in New York on 6 July 2019 and accused of sex trafficking of underage girls over a number of years.

Some of Epstein’s alleged victims have accused Ms Maxwell of bringing them into his circle to be sexually abused by him and his friends.

One told the BBC’s Panorama that Ms Maxwell “controlled the girls. She was like the Madam”.

Ms Maxwell has denied any wrongdoing.

Earlier this year she sued Epstein’s estate seeking reimbursement for legal fees and security costs. She “receives regular threats to her life and safety”, court documents in that case said.

Another of Epstein’s alleged victims, Virginia Giuffre, has accused Ms Maxwell of recruiting her as a masseuse to the financier at the age of 15.

Who is Ghislaine Maxwell?

A well-connected socialite, she is said to have introduced Epstein to many of her wealthy and powerful friends, including Bill Clinton and the Duke of York (who was accused in the 2015 court papers of touching a woman at Jeffrey Epstein’s US home, although the court subsequently struck out allegations against the duke).

Buckingham Palace has said that “any suggestion of impropriety with underage minors” by the duke was “categorically untrue”.

Ms Maxwell has mostly been out of public view since 2016.

In a BBC interview last year, the Duke of York said he had met Ms Maxwell last year, before Epstein was arrested and charged. However they did not discuss Epstein, he said.

Last month a US prosecutor said Prince Andrew had “sought to falsely portray himself” as eager to co-operate with the inquiry into Epstein.

US attorney Geoffrey Berman said Prince Andrew had “repeatedly declined our request” to schedule an interview.

The duke’s lawyers previously rejected claims he had not co-operated, saying he offered to help three times.

Asked about the prince on Thursday, acting Attorney Strauss said: “I am not going to comment on anyone’s status in this investigation but I will say that we would welcome Prince Andrew coming in to talk with us, we would like to have the benefit of his statement.”

A source close to Prince Andrew’s lawyers told BBC News: “The Duke’s team is bewildered by the DoJ’s [Department of Justice’s] comments earlier today as we have twice reached out to them in the last month and have received no reply.”