Success: 32 Workers Found Locked In A Factory During Lock Down 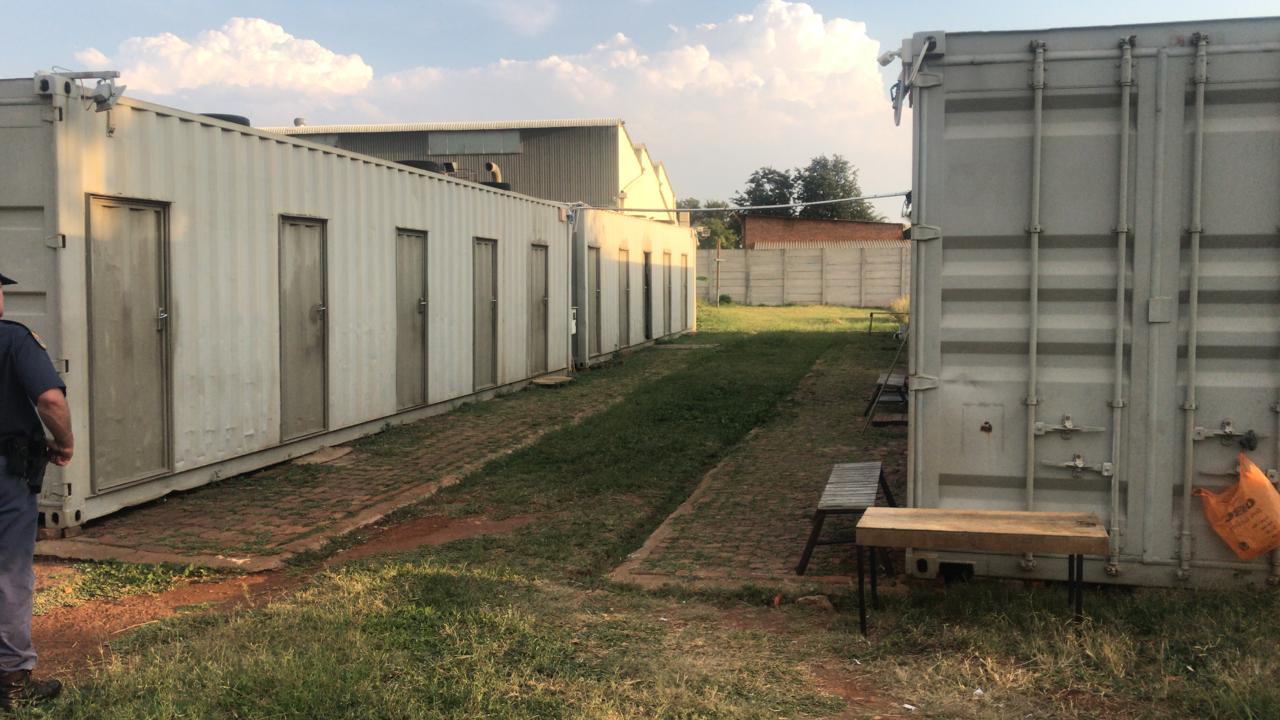 ROSSLYN, Pretoria North. On 1 April 2020, information was received regarding people that are allegedly locked in a factory at a premise in the industrial area of Pretoria North.

According to the information the people are locked in at the premises, but it appears as if the factory is closed and not conducting business. Surveillance was conducted and it was confirmed that there was movement inside the identified premises.

An operational team consisting of members from Department of Labour, DPCI Gauteng, Department of Home Affairs, CI, Acacia and Rosslyn SAPS, as well as members from Unchain our Children (NGO) and Tshwane Metro Police, were formed to search the premises and the operation was executed at 17:00, 2020-04-01.

Upon searching the premises, the members found 38 individuals/victims (33 SA citizens and 5 Lesotho nationals) in the factory as well as in containers which were converted into small rooms next to the factory. Also present at the factory were two Chinese nationals – the alleged owner and a colleague. A list of all the employees employed at the factory was given to the members of the Department of Labor and several copies of the SA citizens id documents (3 id books possibly forged).

The two Chinese nationals produced the required CIPC document and alleged that they are delivering an essential service – manufacturing critical food supply material and transport thereof.

During questioning of the victims by members from the Department of Labor it was established that the victims were working 12-hour shifts, with only a 15-minute lunch break during the shift.

A case of Fail to take any measures by government to address the spreading of COVID 19 by failing to provide sanitizer, gloves and protectives mask as per Disaster Management Act 2002 Sec 27 (2) paragraph 11, (5) c was opened and registered at the Rosslyn Police station.

The victims were not removed from the premises for the members from the Department of Home Affairs will return to the premises tomorrow along with members from the Department of Labour to conduct further interviews, verify the identity documents of the SA and Lesotho citizens as well as to settle the money owed by the owners of the factory to the employees according to the National Minimum Wage Act.